The platform started as a clinical trial at MIT, and is based on the concept of crowdsourced cognitive therapy. Users are taught to help each other think more hopefully about the world. Unlike traditional peer support platforms, all interactions on our service are supported and augmented by AI.

Koko has been embedded into various social networks, including Tumblr, Kik and Pinterest. Individuals at risk of self-harm and suicide are identified programmatically, via deep learning models. Compared to the status quo, our outreach methods result in a 23% increase in the rates at which users contact crisis services (see our Harvard paper on this work).

Koko has helped advance mental health research across a variety of domains, including suicide prevention, AI, and social psychology, among others. We have collaborated with many academic institutions, including Harvard, Stanford, UPenn, and the University of Cambridge. Some representative publications can be seen here.

The War For Kindness

The Future of Feeling: Building Empathy in a Tech-Obsessed World

You Are Not So Smart 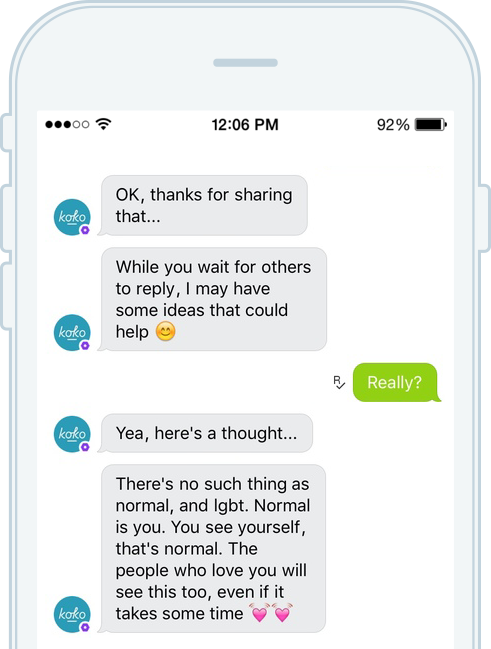